Everyone had a great time!!! LSBC wishes to congratulate winners and to Thank all the folks that came out and supported our Club event… Also a big thank you to our Judges- Mary Grider and Renee Lynch.. 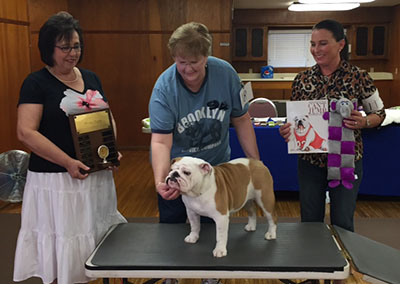 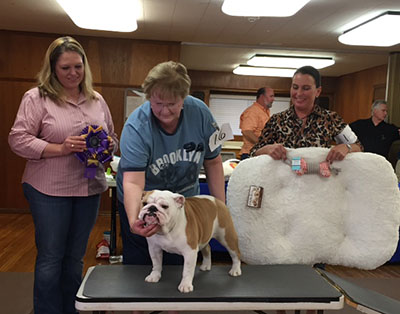 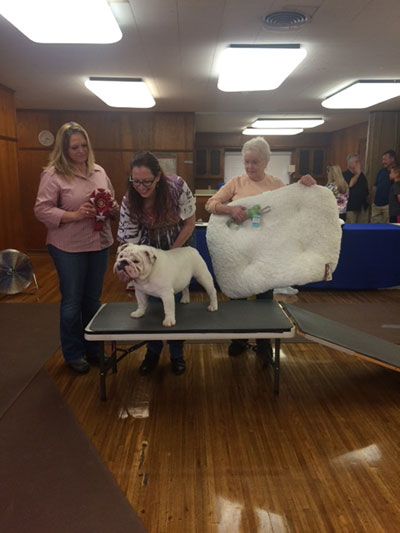 We have started our plans for the Texas 2 Step Speciality.. Mark your calendar for March 12-15, 2015 to join us for a great time.

Our match was held on May 19, 2014 at Garden and Arts Bldg in Irving, Tx.. We had a great time with friends, food, and lots of pretty puppies!

Again Kenneth and Cara thank you so much for being our judges.

The LSBC has created a new form that will be required to be filled out and mailed when entering the Futurity contest.  You may download and print the attached PDF, complete and mail to the LSBC’s Vice President.

The form is also available on our Links page.

As details become available we will update the show website.  Start making plans to have FUN IN TEXAS in March 2014!!!

Lone Star Bulldog Club held its annual Puppy Match/Futurity on May 19,2013 in Irving,Texas.

Best of Opposite Puppy: OHNO MANTOCK’S FRED THE GREAT
Handled by: Bob Pittman 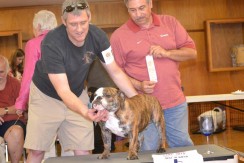 Go to the specialty show website for more details

No Club Meeting for March

Please be aware that the March Club meeting has been cancelled.  Please visit our club information page for a complete schedule of 2011 meetings.

Thank you for your cooperation!

*Back to Back Specialty Shows* Announced

Go to the Show’s page to view more details or click here.